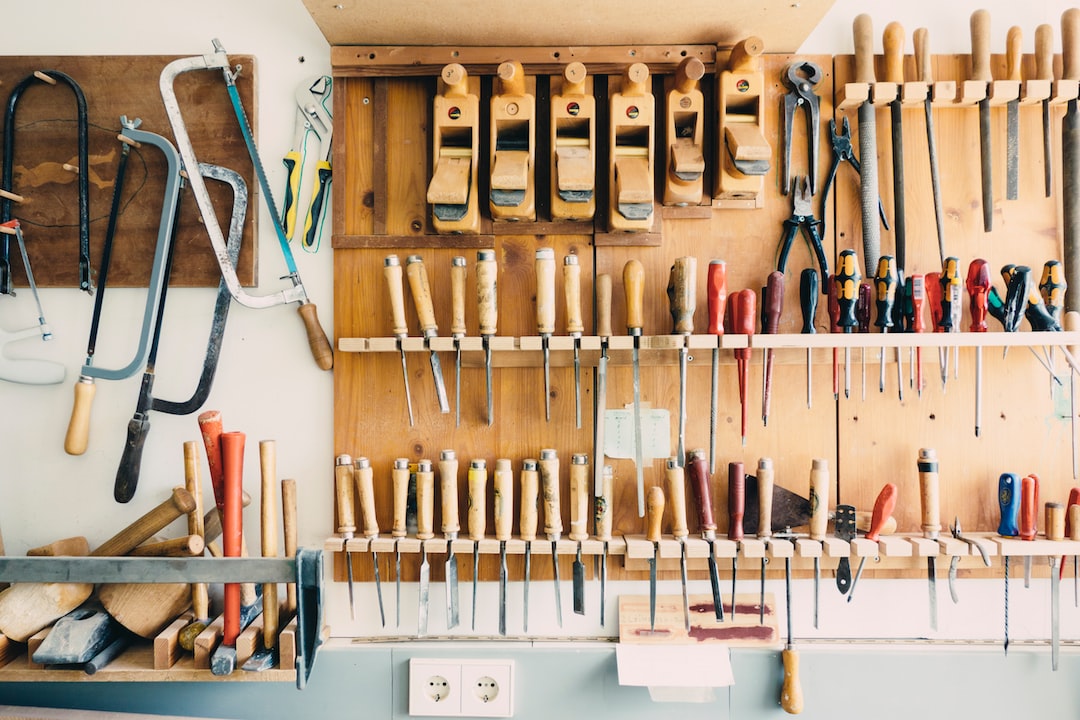 I’m planning to build a french cleat wall system for my basement workshop so I needed to cut some rails for it at 45 degrees. The materials of choice are some scrap pieces of particle board but, since I do not own a table saw I wasn’t sure how to cut them safely.

After thinking about several other options and ways of clamping, I’ve settled on a very simple way of securing the pieces to my workbench while cutting.

I first cut three pieces of 2cm insulation to rails the boards from the table leaving a gap where the screws would go. The boards had screw holes already in them so I just used 5 cm long screws to hold the board in place.

Before making any cuts, make sure that you wear proper safety protection for your eyes, ears, and mouth as particleboard makes a lot of dust and using power tools in a confined space can be very loud.

To cut the strips, I’ve set my circular saw to 45 degrees and with the edge guide set to its lowest setting, I made a cut to make one rail.

Next, I released the screws and moved the insulation pieces to the back in order to expose a void where the edge guide can pass freely.

Now, I returned the saw to the 90 degrees cut and made another pass to get another rail.

The process is then repeated until the end of the board to get the maximum number of rails that can be extracted.

One of my viewers sent a feature request for YouTube Sight that I thought it is interesting and I’ve decided to implement it.&nbsp;For those...

In this article and video, we will convert this handheld vacuum cleaner from Ni-MH to Li-ion batteries.&nbsp;If you are new around here, con...