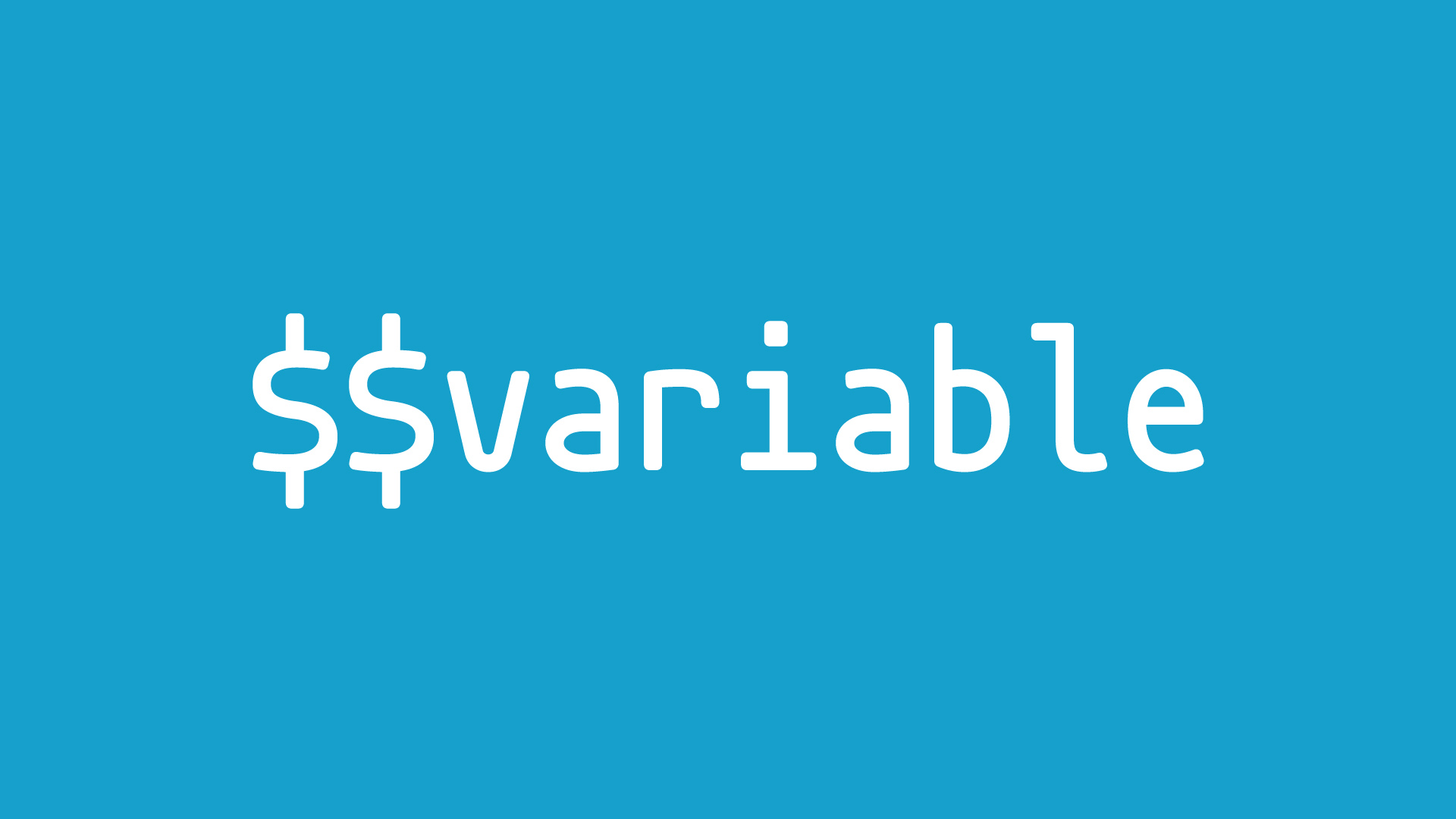 In PHP we are allowed to name a variable with the content of another variable. These are called variable variables and can be used at any point in the code execution. Let’s look into a few examples of how we can use them

The second example is a more practical one, where we first have a list of key-value pairs. We can then loop through all of them and use a variable variable to extract each of the array keys as its own variable. When that is done, we can reference and print each of the keys directly with the new variables created. This approach is very handy in situations where we need to print such variables in the HTML content.

The interesting thing with variable variables is that we are not limited to one level reference. We can reference the content through multiple levels as in the third example. The output of this code will be five because each of the dollar signs references the content of the next variable.

In example five, we are demonstrating that the name of the variable variable can be generated with any logic that we might come up with and to let PHP know to create it we must use the angle brackets notation. Here the string concatenation will first be evaluated and the resulting value will be used as a variable name overriding the value that we initially set.

When using complex expressions with variable variables, there are some differences in the execution flow in PHP5 and PHP7 that you need to be aware of. In PHP7, all expressions are evaluated strictly left to right wherein PHP5, the evaluation was mixed.

In case 1 the old behavior was that the entire expression was evaluated and then used as a name for the variable wherein PHP7, the content of the “foo” variable is used. Similarly in all the other cases, the dynamic variable is evaluated first before continuing with the rest of the expression.

I hope that this article was interesting for you and that you managed to learn something out of it. To learn more in the future, make sure that you subscribe to my YouTube channel and check out some of my other videos.

In this article, we will repair an IKEA FIXA battery drill that starts spinning but it immediately stops with a bit of smoke coming out.&nbs...

To provide the feed functionality, we will use a package by Spatie called “laravel-feed”. This package allows us to add an RSS feed to our s...