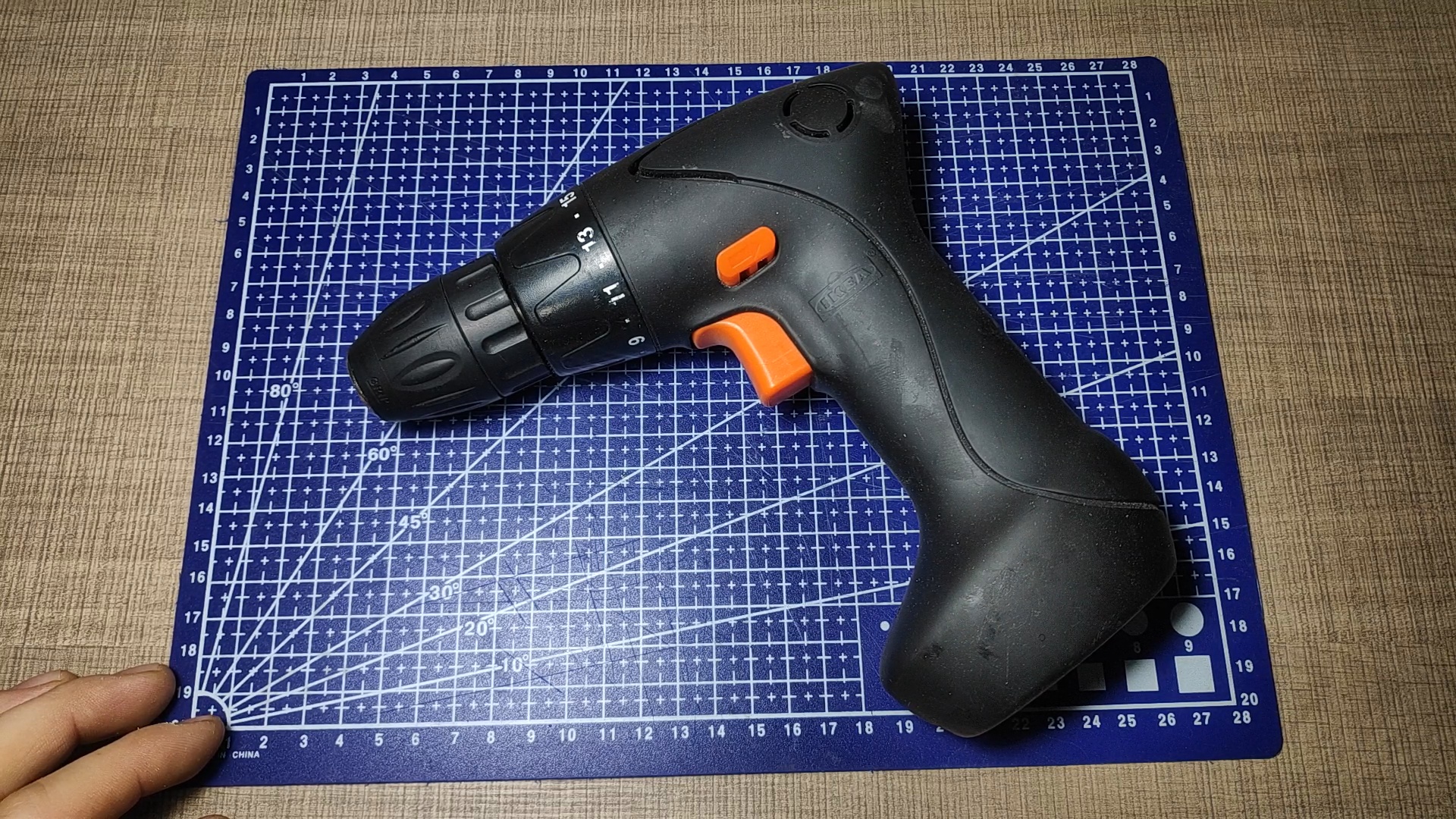 In this article, we will repair an IKEA FIXA battery drill that starts spinning but it immediately stops with a bit of smoke coming out.

To start investigating the issue with the drill we first need to open up the case. It is held in place with 7 Philips screws on the right side that were really tight so I had to use quite some force.

After I removed all of the screws, I’ve carefully removed the sticker from the bottom of the drill and with the help of a flat head screwdriver I’ve pried opened the case to get a view of the drill internals.

On the inside, at the bottom, we have the charging port and the battery pack with the controller board on top. The output from the batteries is then connected to the switch where with the help of some MOSFETs the motor is controlled. 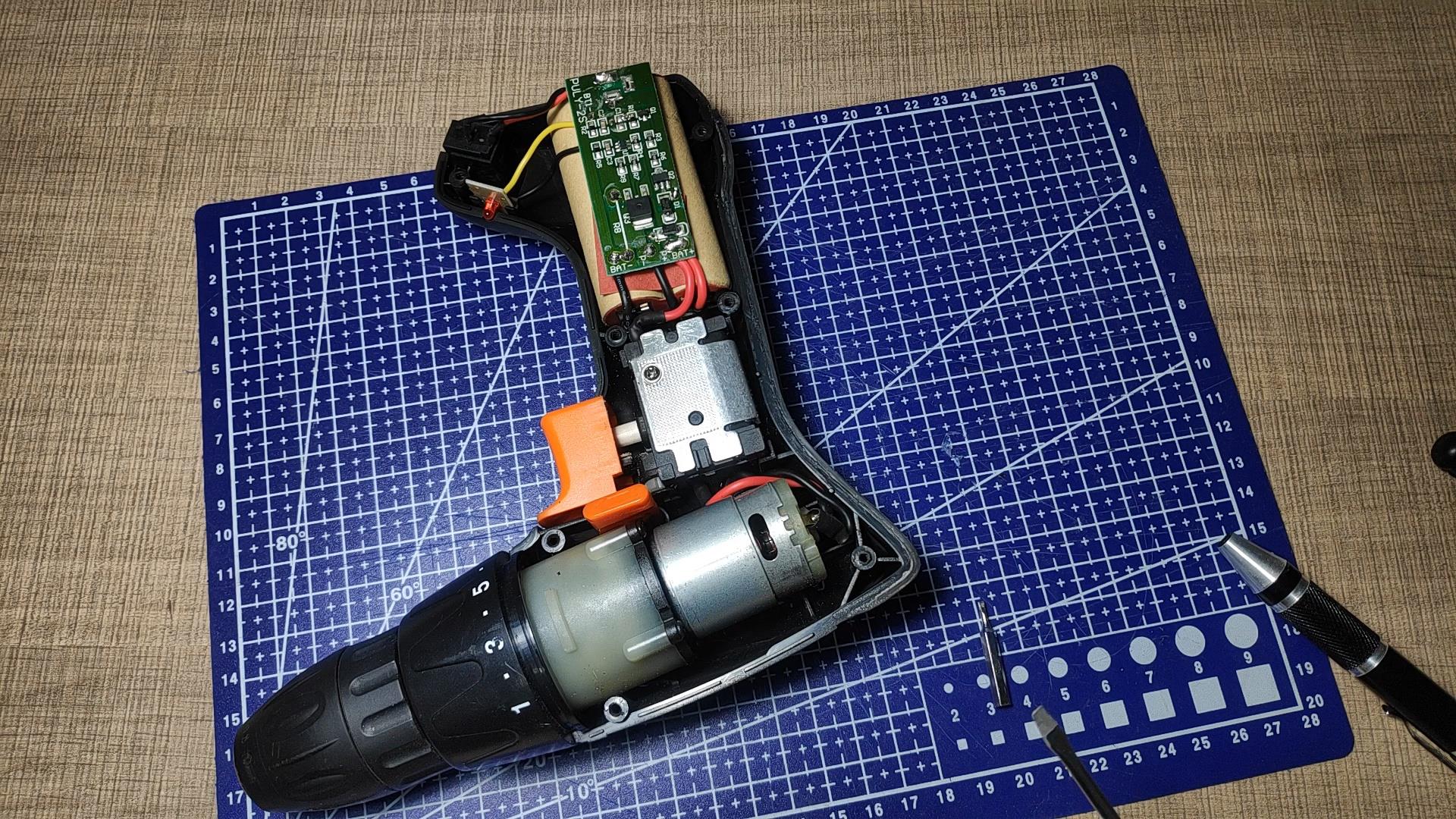 At this moment I knew that the issue was with the motor and I thought of ordering a new one online, but without special tools, removing the pinion will be a nightmare. So instead, I’ve decided to open up the motor and see if there is anything that can be done.

I used a flat head screwdriver to straighten the holding pins on the motor and with a bit of wiggling, I removed the plastic cover that holds the brushes.

Here the problem became somewhat apparent as there was a lot of copper dust and grease that was on the commutator. Since the motor has three windings, there are three copper pads on the commutator and because of the contamination, they were all shorting with each other.

I then used a very thin flat screwdriver to remove all the dirt from between the commutator pads and a paper towel to wipe all of the greases from them. Additionally, I also cleaned the brushes so there was no residue left.

Looking at the motor windings, I was able to see some darkening on the wires which indicates that the motor has seen some abuse and eventually will need replacing but we can squeeze a bit more use out of it.

To close it all up, I first aligned the shaft bearing with the shaft and carefully pulled the brushes in place making sure not to damage them. I’ve bent the holding pins back to hold the motor cover and I’ve just tacked the wires back to the motor in order to try it out.

Sure enough, the motor started spinning continuously so I knew that the fix worked.

I’ve then fixed the solder connections with a bit of fresh solder and I returned the isolation sleaving on the motor pins.

I placed the gearbox and the motor back to the housing and after fixing all of the screws the repair was done.

Be sure to liked the video above and also subscribe for more videos and until the next one, thanks for reading.

From SketchUp to real life

Whenever I plan to build a piece of furniture for my home I always start by building a model in SketchUp. By doing so I can foresee any issu...

Before starting any work on a mains appliance, make sure that you disconnect it from the wall. Mains electricity is dangerous and can...