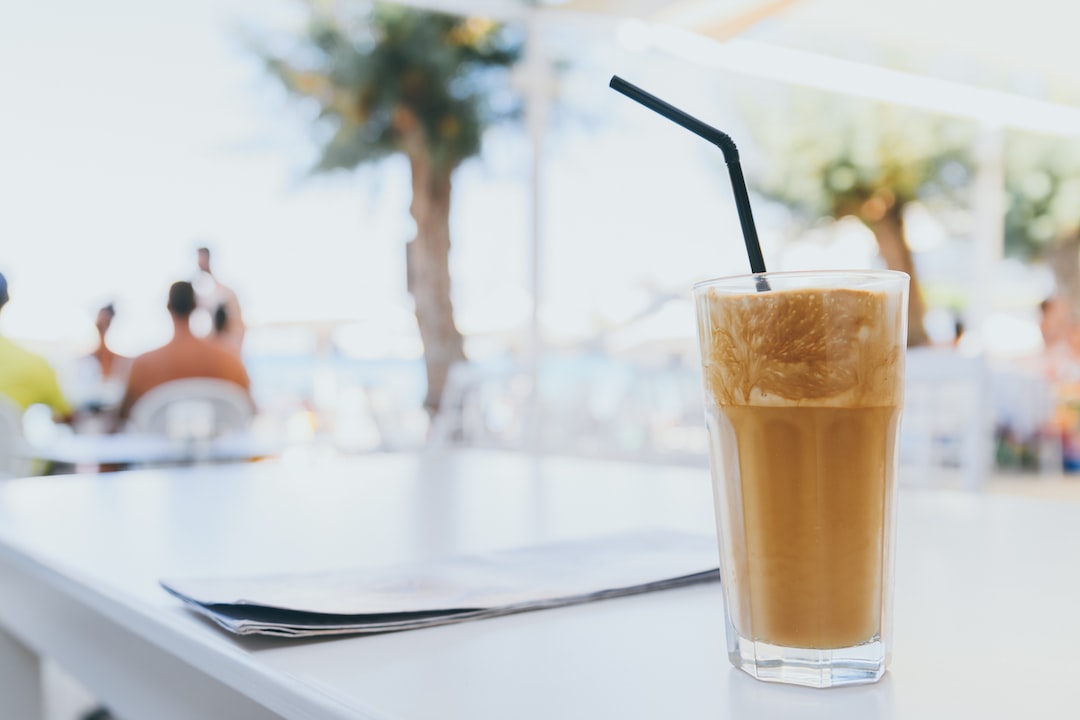 This article and video deals with mains voltage. If mishandled, mains electricity can hurt you or even possibly kill you. Make sure to always be careful and have the device unplugged at all times while working on it.

To investigate the issue with this coffee mixer, we must start by first opening the case and making a visual check on the internals.

The problem with this mixer is that the entire design is made without considering that it will ever be opened or repaired so the case is glued on the seams around the motor. Since the mixer was broken already, I decided to continue despite the risk of breaking the case.

I started to try and pry it open and I did manage to get the back half released. However, the front did not want to move so I used a small screwdriver to gently cut through the plastic bit by bit until the entire case was split.

After opening, I immediately saw a loose wire but because of the not so easy opening process, I was not sure if that was the original issue or something that I caused while disassembly. Before jumping into fixing the issue, I’ve investigated the principle of operation in order to check for any other possible flaws.

The mixer works in a way where one of the AC lines comes from the outlet through the momentary switch and from there it goes to the transformer. The other line which is now loose is directly connected to the other side of the primary winding on the transformer.

The secondary side of the transformer is then connected to a bridge rectifier and its output drives the motor. 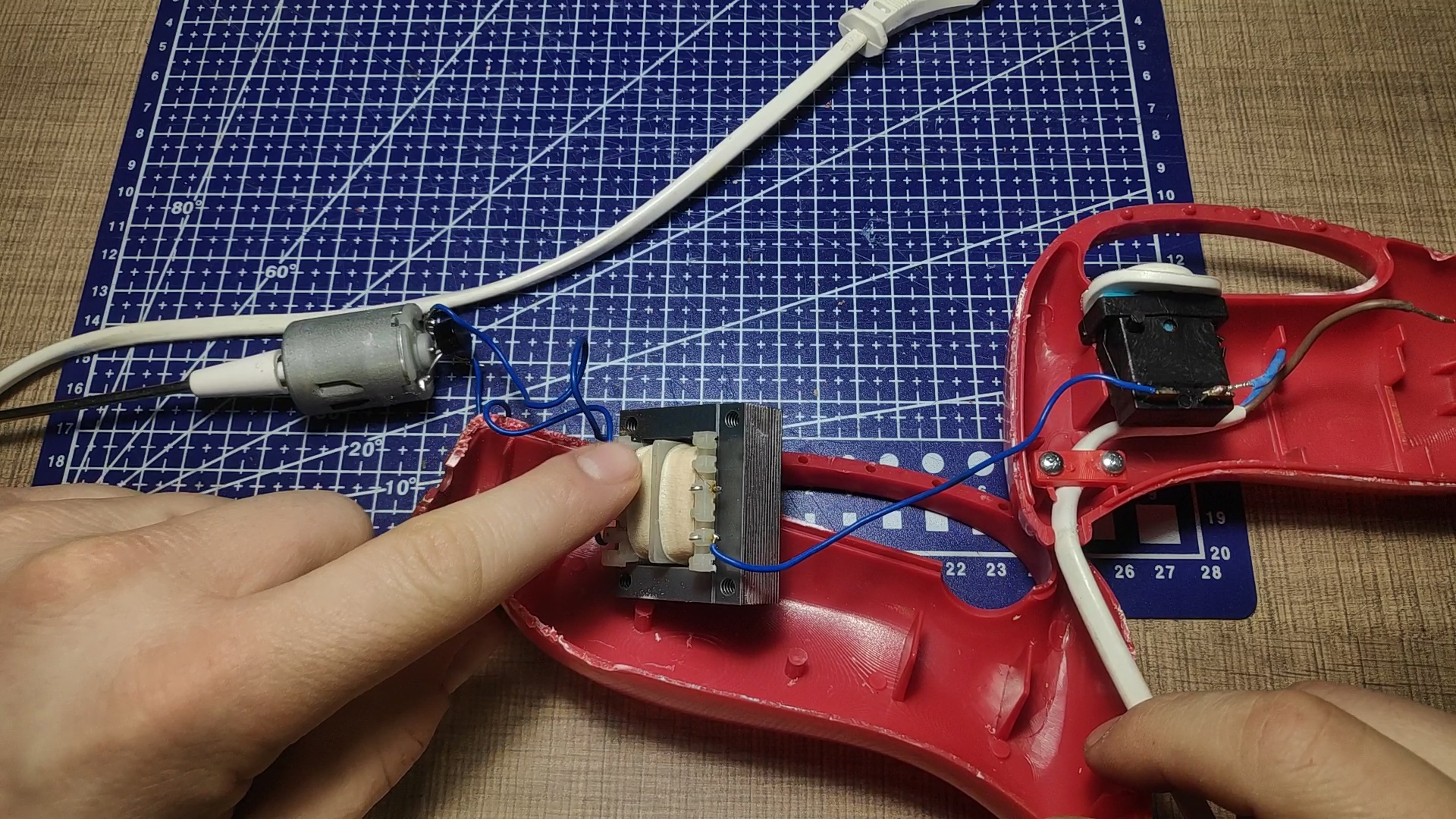 The internals of the coffee mixer. AC is connected to the primary side via a switch and a bridge rectifier drives the motor.

During the inspection, at first glance, I thought that one of the wires on the transformer primary is broken as there was a piece hanging, but after some more detailed look, I saw that that piece was actually an extra wire that stayed from the manufacturing process of the transformer.

Since there wasn’t anything else that was broken, I continued with the repair by first laying out everything where it needs to be, and adding some fresh solder to both the loose wire and the transformer terminal where it needs to connect.

After that, I pressed the wire onto the terminal and joined the two with some heat from the soldering iron.

To test my repair, I’ve put the transformer in place and I’ve added a bit of electrical tape to the motor so it does not jump when turned on. Since this is an AC appliance, be extra careful when connecting them to the AC line while being open.

While connected, I pressed on the switch and sure enough, the motor started spinning which means that the loose wire was the original issue as on many other appliances we’ve seen before.

The reason for such issues is mainly the lead-free type of solder that is being used these days which is brittle and can crack if subjected to mechanical forces. I guess that from all of the handlings and tossing into drawers, the wire got loose and it was down to pure luck that it did not cause any shorts.

To put everything back together, I’ve aligned all of the components and pressed together the two halves. Since initially the entire front was glued, I used some electrical tape around the front and the back of the mixer to help it with holding it in not so permanent fashion as before in case there is a need to access the internal once again.

With that being said, make sure to like the video, hit that subscribe button and until the next one, thanks for watching.

In this article and video, we will convert this handheld vacuum cleaner from Ni-MH to Li-ion batteries.&nbsp;If you are new around here, con...

There are not many ways that you can reuse a PCB from the parts drawer of our workshops so I wanted to try out something new and turn an old...